Hot topics in Earth System Modelling: what are the media talking about? 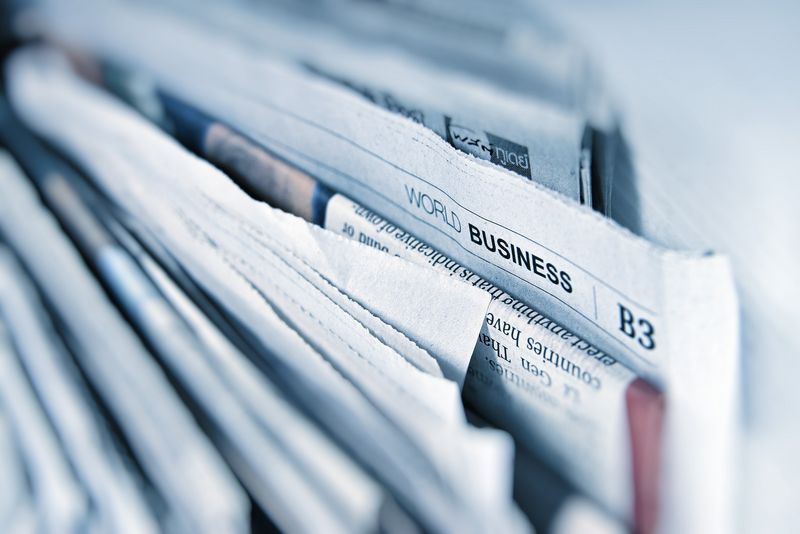 The world is talking about Earth system modelling and supercomputers are build all around the world to facilitate and support climate research and other high impact studies. Aware of the significant changes the planet is undergoing and the necessity of knowing more about these processes, the eight research centres participating in the ESM project funded by the German Helmholtz Association, are undertaking a three-year-long effort to enhance Earth system modelling and help solve grand challenges faced by humankind. To understand how the ESM project is meeting the broader interests of the public and is contributing to the discussion about these topics, we looked into what are the most relevant topics and the most recent ideas in this research area. For a month, we carried out an extensive internet review of the latest news and research articles concerning newly published results in the field of Earth system modelling or model development. We found that supercomputer was by far the most discussed topic in the media while new research results focus mainly on data assimilation, climate modelling, and monsoons. This is very relevant for the ESM project as it shows how the work carried out within the project fits well in the wider scientific discussion around the researched topics.

The main objectives of this exercise were to assess the relevance of the ESM project as well as its research topics, its impact on the discourse around Earth system modelling and its contribution to tackling the grand challenges faced by the Earth and its inhabitants.

To find out more about the main topics discussed in the context of Earth system modelling, we conducted a month-long online press and media review. From July 4th to August 1st, 2019, we gathered and analysed the results of the notification services Google Alerts and Google Scholar Alerts. In addition, from July 18th to August 1st, 2019 we also applied Scopus Alerts to optimise the number of results and explore further monitoring services. Whereas Google Alerts was set to highlight general news articles, the two other monitoring services were expected to give insights into the most recent scientific, peer-reviewed publications. As input to the notification systems, we redacted a list of the most relevant keywords related to the ESM project. The challenge was to find a balance between the generality of a concept that could deliver many results and the specificity of keywords that would allow for finding relevant publications. In total, 46 keywords or keyword combinations were used for the Google and Google Scholar Alerts and 12 for the Scopus Alerts. These included some broadly formulated search items such as “data assimilation”, “Earth system modelling”, and “climate services”, but also more specific ones referencing the institutions that participate in the ESM project or concerning specific regions where the ESM research focuses (e.g. “monsoon” in India or “extreme events” in Europe). Due to contextual differences between general news and research articles, the choice of keywords differed slightly.

We filtered the full list of results related to form the basis for the subsequent analysis. We identified the most important topics of general news and research articles and calculated some statistics. At the end of the data acquisition period, we conducted further research of news articles and peer-reviewed papers with Google News and Web of Science, respectively.

In total, the notification services Google Alerts and Google Scholar Alerts delivered several thousand results and Scopus delivered over a thousand in the month-long data acquisition period. However, only a portion of this outcome was related closely enough to the keywords or was relevant for the ESM project and was further analysed: 63 results were listed as general news and 156 as peer-reviewed papers. The general news results included mostly news articles, but also a few data sets, social media posts or job advertisements. According to the results, “supercomputer” is the most relevant topic in the general news, with a proportion of 60%, whereas the other keywords are comparatively poorly discussed in the news.

Given the discrepancy between the high number of notifications and the low amount of results closely relating to the keywords, additional research on Web of Sciences was conducted. It made clear that further specification is needed to acquire those publications directly related to the ESM project. The search for just the keyword “Earth system model” resulted in 1345 articles and reviews in 2019 alone. The outcomes were then narrowed down to all publications in the field of Earth and environmental sciences, which still produced a list of 845 records. Of these 53 were published by research organisations in the Helmholtz association and 13 were directly funded by Helmholtz of which we found only one acknowledging the ESM project.

The relevance of ESM project research

Given the numerous discussions around climate change and the growing attention towards its social and environmental implications at the present, the low number of climate-related general news showed by Google Alert is surprising. A possible explanation might lie upon the fact that the keyword combination of “climate” and “model*” restricted the search too much. The majority of the news articles we gathered as a result of this search rather talk about the impacts of a changing climate or climate policies and less about the modelling and the prediction of climate. On the other hand, the proportion of climate modelling related publications among the peer-reviewed articles is high. This finding illustrates the different contextual foci of general news and scientific research, which motivated the slightly different keywords we used in the review in the first place and that proved justified. Additionally, outcomes from the keyword “supercomputers” are realistically hitting records since they play an important role in a wider range of fields, from medicine or gas explorations to economic research, than e.g., climate models or Earth system models.

Furthermore, the research showed that a press review for the ESM project through standard notification services presents some challenges and is not the best method to measure the impact of the project. Hence, the Google Alerts notification service proved to be inadequate for this kind of research. Firstly, contrary to initial assumptions, the majority of the returned results were either not directly related to the actual keywords and the topic of Earth system modelling or were rather irrelevant for the ESM project. This might be because the notification tool split the search items and often delivered results that contained either the one keyword or the other, but rarely a combination of both. Secondly, many originated from websites whose credibility was dubious.

It should be mentioned that among the articles considered as “non-relevant” were specific articles about, e.g. national supercomputers or events that were not significant in the context of Earth system modelling or the ESM project specifically. In light of the results, it would be safe to affirm that news on localised events or wide-ranging review articles on e.g. climate change, in general, are more newsworthy and receive more attention. However, the Google Alerts results still show a significant impact of those topics addressed by the ESM project, and their striking relevance not only for the scientific community but also for the general public.

Even though the analysis of the research articles resulted in slightly more directly related papers, the number is not sufficiently relevant to consider the used method as successful. However, the essentially nation-wide nature of the ESM project and its relatively limited duration should be taken into account when evaluating these results. Albeit missing references, the high number of publications on Earth system modelling topics suggest that the ESM project addresses the right foci and meets today’s most pressing challenges. This exercise has clearly shown that the general topics that the ESM project aims to address and work on are subjects of vast research efforts beyond the project’s scope, highlighting the urgency and pressing need to work on these issues.

Browse the internet to find an impact

Although the media coverage of the ESM project is limited, the research shows that the project makes a valuable contribution to climate and environmental research, by addressing some of today’s most pressing topics and by proposing solutions developing a new generation of Earth system models. Therefore, the ESM project impact is high, and work should continue on “hot” topics such as climate modelling and data assimilation, but also in areas which remain partly unexplored. To this aim, we recommend exercises such as press and online media reviews to be carried out often and in addition to scientific literature reviews to ensure finding the most relevant and current topics in which the impact of ESM research can be maximised. 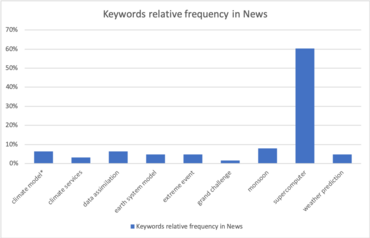 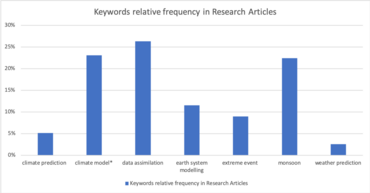