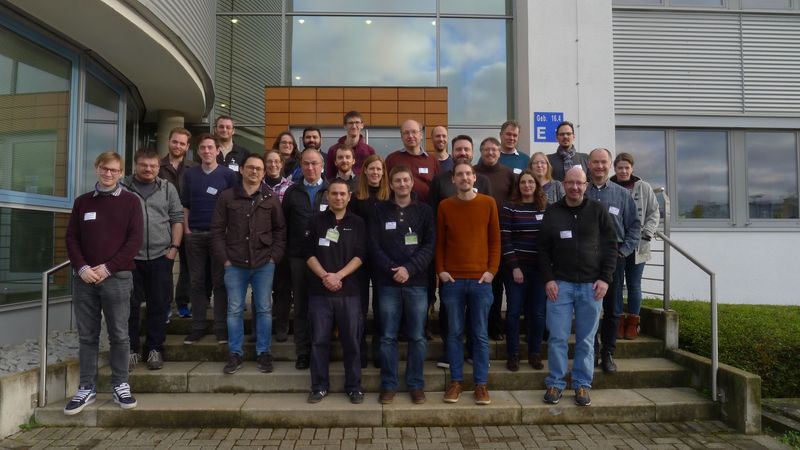 On February 4th and 5th, 2020, the ESM User Forum took place at Research Centre Jülich. 31 ESM scientists met at the Jülich Supercomputing Centre in front of the machine hall to discuss issues and news related to the ESM partition of JUWELS and to prepare for the GPU-based JUWELS Booster, which is scheduled for end of 2020 and will be also equipped with an ESM partition. The first day was dedicated to GPU usage and programming and summarized first applications from the ESM project using the already existing few GPU nodes on JUWELS. These nodes were also used for the hands-on session on GPU accelerated libraries, where we successfully implemented a poisson solver using OpenACC, Cuda-Fortran, CUF, Python with NUMBA, and the domain-specific language GridTools.

On the second day the focus was on pre- and postprocessing of large datasets as well as on I/O performance. During the hands-on session we explored the parallel performance of netCDF4 and the connected I/O strategies, an issue which was brought up by ESM project scientists during former ESM workshops. The User Forum was completed by a PilotLab ExaESM meeting on February 06.

You can read updates from the ESM partition, ESM users issues and upcoming events summarized in this presentation.