Understanding the Global Carbon Budget – An interview with Judith Hauck 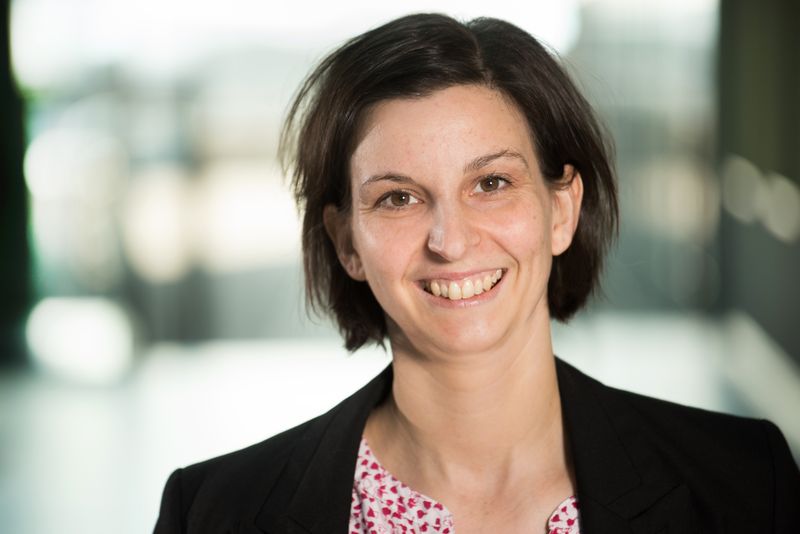 Judith Hauck is head of the Helmholtz Young Investigator Group for Marine Carbon and Ecosystem Feedbacks in the Earth System (MarESys), as well as the Deputy Head of the department Marine Biogeosciences at the Alfred Wegener Institute in Bremerhaven. Judith is interested in how physical and biological processes, such as biomass production via photosynthesis in phytoplankton, influence carbon uptake in the oceans, marine ecosystems, and the concentration of carbon dioxide in the atmosphere. Together with her research group she is developing and applying models to simulate historical and future carbon uptake by the oceans and changing environmental conditions for marine ecosystems. The aim is to better understand feedback loops in the ocean carbon cycle and how these might vary in respect to changing climate conditions. Within the ESM project, Judith is involved in Work Package 1 to enhance ocean-cryosphere-biosphere systems.

What is the Global Carbon Project and how do you contribute specifically?

Global Carbon Project is a Global Research Project of Future Earth and a research partner of the World Climate Research Programme.

I contribute to the annual releases of the Global Carbon Budget where I am responsible for the ocean carbon sink estimate. I coordinate the contributions of by now 9 modelling groups and three observation-based estimates. It starts with sending out protocols each year in April, and analysing the results when they come in over summer. The text and figures need to be updated before submissions end of September. Last year we introduced a model evaluation and this year has again seen updates of the methodology to take into account (small) model biases and different total ocean areas reproduced by ocean models and data products.

I further contribute model simulations with our biogeochemistry and ecosystem model REcoM.

What is the global carbon budget and why is it important?

The Global Carbon Budget (GCB) is the annual assessment of anthropogenic carbon dioxide (CO2) emissions and their redistribution among the atmosphere, ocean, and terrestrial biosphere. Accurate assessment of the GCB is important to better understand the global carbon cycle, support the development of climate policies, and project future climate change. This year’s release, published during COP25 in Madrid, has shown that fossil emissions are growing more slowly (+0.6% in 2019) amidst slowly emerging climate policies because of the slower growth of coal. CO2 emissions are 4% higher than in 2015, the year of the Paris Agreement. GCB scientists emphasize that CO2 emissions need to decline rapidly to net-zero around mid-century to pursue the Paris Agreement 1.5°C goal

The Global Carbon Budget quantifies the five major components of the global carbon budget and their uncertainties: CO2 emissions from fossil fuels and from land-use change, the growth rate of the atmospheric CO2 concentration and the ocean and terrestrial CO2 sinks. While most of the media attention is usually on the emissions due to its political dimension, it’s important to keep an eye on the ocean and land sinks and their response to further increasing atmospheric CO2 and climate change. The ocean has absorbed 23% of all CO2 emissions in 2019. If all emissions since 1850 had stayed in the atmosphere, we would today live in a 600 ppm world, rather than the 410 ppm atmospheric CO2 that we actually experience. Land-use change emissions and the land sink roughly balance over the full industrial period, making the ocean the most important carbon sink, providing a huge service to our human society.

How can the ocean model REcoM help advance our understanding of the Earth system and how changing climate conditions will affect the ocean carbon sink?

The ocean model REcoM in combination with an ocean circulation model such as FESOM can be used to quantify and separate the effects of climate change and of increasing atmospheric CO2 on the ocean carbon sink – which is not feasible from observations as rising CO2 and climate change occur at the same time. It can also be used to explore and quantify the effects of certain processes on the ocean carbon sink by running simulations with new process implementations and comparing them to a control simulation. REcoM simulations coupled to a climate model (AWI-CM) will allow to further quantify feedbacks on the Earth System, i.e. climate-induced changes in CO2 fluxes between ocean and atmosphere will affect the radiation balance and thus -again- the climate.