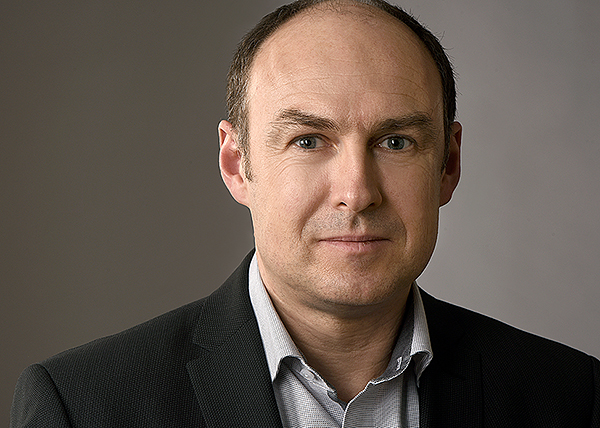 Arne Biastoch is a physical oceanographer at the Helmholtz Center for Ocean Research GEOMAR in Kiel in the research division ocean circulation and climate dynamics. His research interests focus on the use of numerical models to research the mesoscale and large-scale ocean circulation and to interdisciplinary work on geosphere and biological interactions. He is speaker of the Helmholtz School for Marine Data Science (MarDATA). Arne co-leads the Task Teams 1.2: Enhanced Earth system compartments—Ocean-cryosphere-biosphere systems and 3.1: Multiscale global change projections. He is member of the ESM project Steering Group representing GEOMAR.

What is the difference between mesoscale and large-scale ocean circulation and how do they interact with each other?

The mesoscale ocean circulation is acting on spatial scales of few hundred km and timescales of months. If you look at the ocean surface from a satellite perspective, it is the most prominent scale that you see: eddies spinning in different directions, frontal structures causing strong temperature contrasts over short distances and horizontally moving (so-called Rossby and Kelvin) waves. In this respect, the mesoscale is the equivalent to the weather in the atmosphere, but smaller in size compared to the highs and lows rather covering thousands of km. The large-scale circulation on the other hand is the movement of water that effects an ocean basin as a whole. It consists of the large current systems such as the Gulf Stream system in the North Atlantic or the Antarctic Circumpolar Current that you find schematically in maps of the ocean circulation or in atlases. The mesoscale not only masks the large-scale system in observations and models; it also influences the large-scale circulation.

How do you think the Atlantic Ocean circulation will change under a changing climate?

Oceanic currents play an important role for the global climate. By overturning enormous amounts of water, they shape the distribution of heat on Earth and are responsible for the uptake and transport of anthropogenic carbon dioxide. The Atlantic Meridional Overturning Circulation (AMOC) with the Gulf Stream as one component is the most prominent driver for this heat distribution. All climate models performed under global warming agree on a reduction the AMOC on the long run. However, in the near future, internal variability has its own timing. We cannot foresee if and how fast the AMOC may decline in this or the next decade…

What do you think will be the main contribution of the ESM project in advancing our understanding of the Earth system and how the ocean circulation changes?

ESM enables us to perform ocean and climate models at the highest level. We need to simulate and understand ocean circulation, and in particular AMOC changes, at mesoscale resolution over multi-decadal to centennial time periods. This requires not only state-of-the-art models but also frontier simulations that we can only perform on high-performance computers. ESM addresses the corresponding scientific, numerical and technical challenges. It also provides an important platform of exchange within the German Earth System modeling community, so that we can also considerate interaction with other components of the Earth system such as the cryosphere or the land surface. 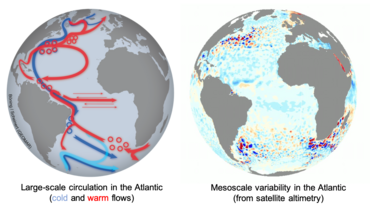