The Plankton Effect - New Perspectives on Past Climate Changes 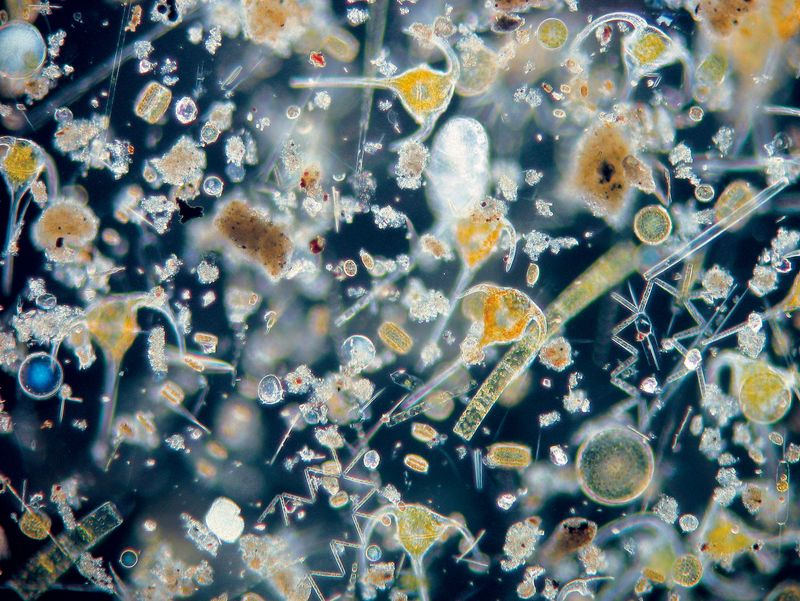 A newly published research carried out by scientists at GEOMAR within the ESM project gives a new perspective on climate fluctuations and provides an original explanation of the mainstream theory behind periodical climate changes.

Periodical changes affecting geophysical processes were so far thought to be driven by solar radiations and regulated by orbital changes, which occur over 40.000 year-time cycles and are reflected in geological sediments. In past climates, hydrological and carbon cycles, surface temperature, atmospheric and ocean circulation were affected by changes in the Earth orbit’s axis.

But the new study, led by Dr. Klaus Wallmann from GEOMAR, tells a different story. By using a numerical biogeochemical model integrated in an ocean circulation model of the Cretaceous Thermal Maximum (97–91 million years ago), Dr. Wallmann and colleagues reveal that the carbon cycle might have been controlled by plankton biomasses on the surface of the ocean, which interacted with the atmosphere and affected CO2 ratios by photosynthesis and degradation.

Dr. Sascha Flögel, a scientist from GEOMAR who participated in the study explained that this interaction, related to “positive and negative feedbacks that are rooted in the oxygen-dependent turnover of nitrogen, phosphorus, iron and sulfur in the ocean”, is consistent with the 40 kyr cycles that can be seen from the sediments from the Cretaceous, without inputs from obliquity forcings. The same effect could potentially be applied to other fluctuations in different periods.

Dr. Wolfgang Kuhnt, a professor at the Kiel University who also participated in the study, said that biogeochemical cycles could in fact be co-drivers for these climate cycles together with solar radiation influences.

For more information and scientists’ perspective on the study, read the full press release by GEOMAR here.